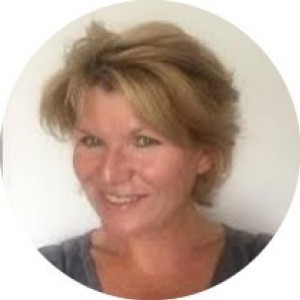 Sally is a Director and co-founder of Brain Injury Group. She works closely with the charity Brain Injury is BIG to support those who suffer a brain injury.
last year... more than 30,000 breath tests were taken... over 3,231 motorists failed or refused to provide a sample, and 1,175 drivers failed a roadside drug test.

It is well known that instances of people driving under the influence of drink and drugs are prevalent during the festive period and regrettably, it seems that this year will be no different. In fact, as a result of changing drinking habits and a desire to celebrate the end of the second national lockdown, it might even be worse. Given that road traffic accidents are already one of the main causes of major trauma injuries, during a time when health services across the UK are feeling the burden of a difficult year, it is more important than ever that we are cautious when getting behind the wheel this Christmas.

As reported by the National Police Chiefs’ Council (NPCC), police will be operating widespread stop sites and performing both breath and drug testing on anyone suspected of drink or drugs driving. Many police forces in the UK have already launched campaigns to raise awareness about the dangers and consequences of driving under the influence, and we can also expect to see police officers out in full force across the country as they attempt to keep road users and wider communities safe during the festive period.

Statistics from the NPCC show that during last year’s operation more than 30,000 breath tests were taken, of which over 3,231 motorists failed or refused to provide a sample, and 1,175 drivers failed a roadside drug test. Worryingly, such high rates of drink and drug driving risks creating a surge of major trauma injuries, which can have lifelong implications for survivors. Alcohol awareness charity Drinkaware has released research which identifies that people were drinking more during lockdown, which is concerning as alcohol consumption also tends to go up over the festive period.

Young people are arguably most at risk of being in an accident related to drink driving this Christmas, as young car drivers aged between 17 and 24, and younger men in particular, are statistically over-represented in reported road accidents in comparison with older drivers. This age group is also one of the most likely to be out celebrating in December, which can also lead to the risk of drink driving being higher. Additionally, the ongoing coronavirus restrictions will see most people drinking within a household over Christmas. Although this may help to curb the spread of coronavirus, the strength and quantity of people’s drinks are typically higher at home than when in a pub or bar. This could lead to people consuming more alcohol than usual without realising, resulting in more people driving under the influence and increased numbers of severe injuries needing long term rehabilitation.

Whilst there is a growing discussion around the importance of effective rehabilitation services for a myriad of complex care needs, there currently remains a gap in resource for major trauma rehabilitation provision. With this mind, it is important that people remember the unique circumstances we find ourselves in this year. It is winter, we are still battling the coronavirus crisis and the NHS is under huge strain. Now is not the time to add to the NHS’s already overwhelming burden by drink driving, risking serious injury and spreading the coronavirus.

Given the severe and often lifelong implications of major trauma injuries, it is more important than ever that people refrain from drinking and driving and are careful when taking public transport under the influence of alcohol. By all means, let’s enjoy Christmas – we have earned it after all. However, let’s make sure we enjoy it safely.