E-Scooters – The Pros and Cons 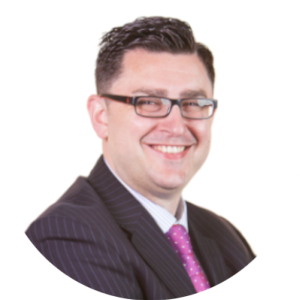 There has, following a government consultation, been the introduction of over 30 e-scooter rental schemes across the UK including Liverpool, Newcastle, Nottingham and London.

It should be noted that private e-scooter use i.e., those not included in the rental schemes are still illegal on public roads as they don’t currently meet Road Traffic Act 1988 requirements including appropriate insurance, road tax, and technical safety standards.

Also, the use of e-scooters on pavements, cycle paths and public footpaths are also illegal because “mechanically propelled vehicles” are banned due to the provisions of the Highways Act 1980 other than to gain access to property or in case of emergency.

Air pollution is, however, the top environmental risk to human health in the UK, and the fourth greatest threat to public health after cancer, heart disease and obesity. Therefore, these e-scooter rental schemes are designed to provide a viable greener alternative to using cars in urban areas especially for shorter journeys.

There are therefore a number of advantages from the e-scooter rental schemes including:

However, as the number of serious accidents involving e-scooters continues to grow there are calls by the Major Trauma Group for increased regulation and awareness around the risks associated with the use of e-scooters.

Back in June 2020 an influential safety organisation raised serious doubts about the safety of electric scooters on public roads and pavements.

The Parliamentary Advisory Council for Transport Safety (PACTS), which advises members of Parliament on air, rail and road safety issues, described e-scooters as having features which are ‘inherently unsafe’.

In a report submitted to the UK’s Department for Transport, PACTS raised the following concerns:

PACTS has now been awarded a grant by the Road Safety Trust to collect data relating to incidents involving e-scooters and to form recommendations for their construction and use.

Over the coming months PACTS will:

The Major Trauma Group, of which Burnetts is a proud member, are joining PACTS to request that if e-scooter use on roads and in other public places is to be legalised then there must be legislation to include evidence-based safety measures to protect the riders and other road users. This will hopefully reduce further needless injuries to e-scooters riders, pedestrians and other road users.

Major Trauma Group is a network of specialist serious injury law firms, experienced in dealing with claims following major trauma. We can provide assistance to clients throughout England and Wales and we are supported by a medical clinician who can advise on rehabilitation, independent financial advisers and case managers who are all highly experienced in this field. If you would like to contact one of our members, you can email us at hello@majortraumagroup.co.uk and phone us on 0330 311 2578.

Read More »
PrevPreviousMajor Trauma – What do we really mean and when can it happen?
NextMajor Trauma Group polling finds adults in trial cities unaware of e-scooter rulesNext