An introduction to the Criminal Injuries Compensation Scheme 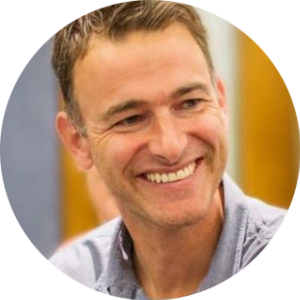 Tim is a Legal Director in the Serious Personal Injury team at Major Trauma Group founding law firm Enable Law. View Enable Law's Major Trauma Group profile.
Compensation can be claimed for psychological and psychiatric damage, pain, suffering and loss of amenity caused by the injuries of a criminal incident.

If you or a loved one sustains a major trauma injury as the result of a violent crime by a third party, it is possible to claim compensation for your injuries under the Government Funded Criminal Injuries Compensation Scheme (the ‘Scheme’).

Claims under the Scheme are dealt with in a different way to other claims, such as a road traffic accident where a claim would be against the third party’s insurance company; different time limits apply, there are certain conditions which could exclude you from being able to make a claim and the amount of compensation awarded is done so on a tariff basis.

Whilst it is not essential to instruct a solicitor in order to apply for compensation under the Scheme, it is important to be aware of all the requirements of the Scheme and evidence that you must compile, without which, your claim may not be correctly valued.

The time limit for bringing a claim is two years from the incident date. This is strictly enforced and may only be extended in limited circumstances, such as if the injured person lacks mental capacity.

Conditions for bringing a claim under the Criminal Injuries Compensation Scheme

To qualify to bring a claim under the Scheme, the injured party must have received their injuries as the result of a violent crime. Contrary to popular belief, it is not necessary for anyone to have been arrested or charged with the crime as the Criminal Injuries Compensation Authority (CICA), who administer the scheme on behalf of the Government, need only to be satisfied, based on the facts presented to them, that on the balance of probabilities the injury occurred as the result of a criminal act.

A claim under the Scheme may be refused or reduced if the injured person has previous criminal convictions or where they might have provoked the attack. Failure to co-operate with the Police and other authorities could also impact someone’s ability to successfully bring a claim under the Scheme.

What can be claimed?

Compensation can be claimed for the pain, suffering and loss of amenity caused by the injuries suffered as well as psychological and psychiatric damage. Evidence of these must be produced to the CICA which in the case of major trauma injuries, is likely to include a police report and at least one medical report.

Additionally, loss of earnings or earning capacity can be claimed if the applicant has a demonstratable work history or a good reason for not having one and has been unable to work for more than 28 weeks.

Special expenses can also be claimed, and these include:

The process for calculating damages is complex and tariff based and the maximum that will be awarded is £500,000. In the case of serious major trauma injuries, the cost of care is often the largest part of a claim.

Damages based agreements, otherwise referred to as contingency fee agreements, are often used to fund criminal injuries compensation claims. In simple terms, if your claim is successful, your solicitor will deduct their fees from your compensation, by way of a percentage of the damages awarded to you. If your case is not successful, you would not be liable for your solicitor’s fees under a damages-based agreement.

If you choose to instruct a solicitor to assist with your claim, they should explain to you how this type of agreement works and the likely amount that will be deducted from your damages award.

If the amount offered to settle your claim by the CICA is not considered to be adequate, a review can be requested within a set time period. If the amount awarded on review is still considered inadequate, it is possible to appeal the award.

Should you instruct a solicitor?

Whilst it is not essential to instruct a solicitor in order to make an application for compensation under the Scheme, in the case of major trauma, injuries sustained can have an impact on future life and it is important to ensure adequate compensation to ensure a secure future is achieved. A solicitor can be instructed at any point in the process, so if someone has started an application but has concerns about the processes, evidence needed, or the value of their award, a solicitor will be happy to assist and take over conduct of the matter.

Law firm members of Major Trauma Group are highly experienced in bringing claims for compensation via the CICA. If you would like to speak to us about the possibility of bringing a claim, or an existing claim, email hello@majortraumagroup.co.uk