Onwards and upwards – a journey after below knee amputation 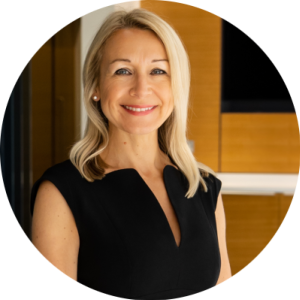 Claire is a Partner in the Personal Injury team at Major Trauma Group founding law firm Boyes Turner LLP, Reading. View Boyes Turner's Major Trauma Group profile.
"The journey was one from a speculative inquiry to a life changing award, and was always interesting. The team that was assembled to help with my case certainly knew their stuff which meant I got all the necessary support to keep going."

In 2013 when Mr Ridsdale twisted his foot as he stepped from a kerb, he had no idea that 15 months later he would be facing a below knee amputation that would mean he would need a prosthetic limb for the rest of his life.

A search for a diagnosis

Following the injury to his ankle, Mr Ridsdale saw his nurse practitioner complaining of swelling and restricted movement. He is a diabetic and so had little pain as he was living with diabetic neuropathy in any event. Mr Ridsdale was advised he had suffered a sprain. As a diabetic with neuropathy of the feet, Mr Ridsdale was at high risk of developing complications as a result of even the smallest of injuries and should have been referred as a diabetic emergency for an urgent specialist assessment.

Over the next six months, Mr Ridsdale saw two different GPs and was referred to hospital for an x-ray. None of the clinicians who saw him recognised the severity of the problem, and the x-ray was incorrectly reported as showing no signs of Charcot Foot (a condition where the bones of the foot or ankle degenerate and become deformed). As a result his condition deteriorated further. He continued to have swelling and developed ulceration. He was eventually placed into an Air cast boot to immobilise and support the foot, with the aim of preventing further injury.

Unfortunately the damage was already done, and Mr Ridsdale’s condition deteriorated to the extent that he was admitted to hospital with an infection and he required surgery to remove his leg below the knee.

A prosthetic, a claim and kayaking

Following surgery Mr Ridsdale was issued with a NHS prosthesis which he found heavy and cumbersome. It restricted his mobility, and he was unable to return to his much loved hobbies of cycling and kayaking on the River Thames.

A medical negligence claim was successfully pursued and as a result Mr Ridsale received compensation that has allowed him to trial a specialist below knee prosthesis with a specialist rehabilitation and prosthetic provider.

After a trial period and use of trial sockets and following specialist physiotherapy input, Mr Ridsdale received an Ossur Pro-Flex prosthesis, which has an articulating ankle. This allows for better gait and improved posture, which in turn reduces socket pressure and improves comfort.

Mr Ridsdale required some socket revisions due to weight loss, as a result of the increased activity levels he was able to reach with the lighter and more effective prosthesis.

Just recently, Mr Ridsdale has taken delivery of a new waterproof activity limb, which has a lower back section, to enable better flexibility and enables him to ride his bicycle. This also means he can access a swimming pool and the sea with his limb on, and he hopes to get back to kayaking again this summer.

Specialist rehabilitation experts as part of a compensation claim

Without the benefit of specialist prosthetic limbs and input from specialist rehabilitation experts, Mr Ridsdale is unlikely to have been able to regain his previous quality of life to any degree or return to the hobbies he loves.

“The journey was one from a speculative inquiry to a life changing award, and was always interesting. The team that was assembled to help with my case certainly knew their stuff which meant I got all the necessary support to keep going.

Becoming an amputee was difficult in so many ways, but I made a decision to make the best of the situation, and get on with life. My new prostheses have enabled me to do that, and while life is more difficult at times and more challenging, I feel I have regained some of what I lost.”

How Major Trauma Group can assist…

Major Trauma Group is a network of specialist serious injury law firms, experienced in dealing with claims following major trauma.  We can provide assistance to clients throughout England and Wales and we are supported by a medical clinician who can advise on rehabilitation, independent financial advisers and case managers who are all highly experienced in this field.

Read More »
PrevPreviousThe Psychological Impact of Major Trauma
NextMajor Trauma – What do we really mean and when can it happen?Next