What happens if I sneeze whilst driving and cause an accident? Unusual Defences to injury claims 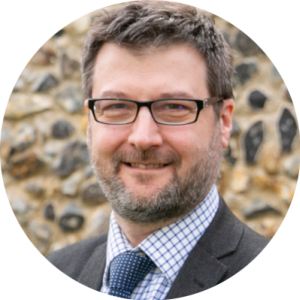 Michael is a Partner and heads the Injury Services Group at Major Trauma Group member law firm Ashtons Legal. View Ashtons Legal's Major Trauma Group profile.
What happens if you have an accident due to something that is completely out of your control? Like sneezing! Michael Wangermann explores unusual defences to personal injury claims.

Most of the injury claims that are settled in the UK each year are resolved by someone admitting, immediately or eventually, that they were at fault in some way and caused an incident which harmed another person.  Occasionally, however, an unusual defence is put forward as to why something, most frequently a road collision, was not anyone’s fault. The defence of ‘involuntary acts’ falls into this category.

Many of us have at one time or another sneezed unexpectedly while driving and very momentarily been less in control of our vehicle than is usually the case.  In this instance, a sneeze might be classed as ‘an involuntary act’; it means that the person is no longer aware or in control of their actions. Other types of more long-lasting and debilitating involuntary acts can sadly sometimes also occur while driving, such as an epileptic fit or a hypoglycaemic attack. Aneurysms can also fall into this category and are often fatal for the driver even before there is any impact with another vehicle.

If someone, who on the face of it caused a collision which injured someone else, can prove that they were suffering from an involuntary reaction at the time the incident occurred then the ‘Defence of Involuntary Acts’ can be applied and that person may not be held accountable for the damage caused.

How do you prove an act was involuntary?

The onus is on the ‘Defendant’ (the insurer of the person who appears to have been at fault) to prove that the involuntary act took place, was involuntary (also known as automatism) and was the cause of the incident. In many cases, even a medical emergency such as a heart attack will happen over a period of time. A driver should only be getting behind the wheel of a car, if they are feeling well. They should not be driving if they are feeling unwell or taking medication that could make them for example drowsy.  Yet many will drive when tired, and after taking medication, which has drowsiness as a side effect.

However, it is an extremely rare defence. Most people will know whether they have a diagnosis of epilepsy and their ability to drive will be carefully controlled by the DVLA and medical practitioners.  There are occasions where the person will have no prior knowledge of any medical condition, suffer an “episode” for the first time while driving and be involved in a collision with serious and even fatal consequences. In this instance the driver will not face prosecution or be held liable even if the consequence is serious injury to others.

Is it a fair defence?

These cases are sometimes reported in the media and there is a feeling that it is unfair. Why should an insurer not pay out in those circumstances? The rule in England and Wales is that insurance covers negligent acts of drivers. Where a person is not feeling too good and takes medication before taking to the road, the defence of ‘automatism’ is unlikely to succeed as there was a negligent decision to drive when they should not have got behind the wheel. If a driver was feeling fine and has a clean bill of health but suffers an aneurysm while driving there is nothing they could have done to anticipate that eventuality.

It will be difficult with an elderly driver to prove whether death occurred prior to or as a result of the collision. However, with increasing age the danger of misjudging distances, eyesight issues and general ill health will generally see insurers taking a more pragmatic view of the circumstances of the incident. Lawyers will continue to grapple with issues surrounding proof of liability.

Sneezes can cause accidents!

The message for the general public meanwhile is please don’t drive if you are unwell and don’t assume that if you drive into someone while sneezing you will be absolved of blame! A sneeze is very fleeting involuntary act and if you are driving at a safe distance from the car in front you will almost always regain control sufficiently quickly to avoid a collision.

Major Trauma Group is a network of specialist serious injury law firms, experienced in dealing with claims following major trauma.  We assist clients throughout England and Wales in getting compensation to support their recovery. Our emphasis on early rehabilitation is supported by a medical clinician with rehabilitation expertise, as well as highly experienced independent financial advisers and case managers; all working with you to support your claim.